How Internet of Things Will Gain Popularity in 2016? 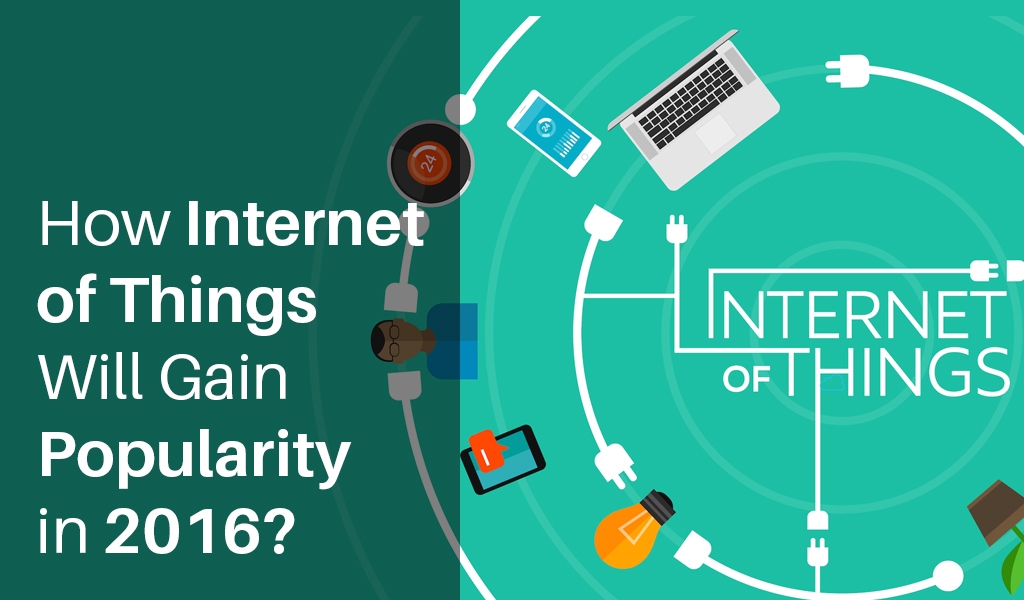 With the passage of time, the Internet of Things (IoT) becomes one of the smartest and profitable devices for the e-commerce and end-users. The innovative things allow businesses to enhance the software efficiency and earn remarkably vast benefits in different areas like health, safety and household & commercial environment. According to some survey & research reports, most of the businesses were started to pay off in 2015 with their investments in the IoT infrastructures and technologies. Most of the innovative things encouraged customers to purchase and move forward from automobiles to appliances and connected to inert devices to the internet in some ways. The buzz around the IOT will continue this flow, and increasingly move to the peak of everyone’s schema in 2016.

As per the Business Insider Intelligence report, the Internet of Things will become the major market device in the world and expected that by 2019 IoT will be more than twice the size of the tablet, PC, mobile phones available in the market right now. IoT is going to be epic and allows users to earn the huge share in the near future.

In a new report from BI Intelligence (Intelligence Business Insider), you can check what presently encourages a development in the Internet of Things and how many economy sectors will embrace the innovations of IoT.

Read on to learn the vital findings from the BI Intelligence report:

Fortunately, these above mentioned factors make a big impact on businesses, especially in 2016. So, every business owner should realize the value of data about their industry operations in the following manner and make it compatible in the rising scale of IOT innovation. Despite the aforesaid, there are more ways devised by businesses to stay connected with the end users in a comprehensive manner and to run their industry smarter and smoother with the collaboration of Internet of Things.

We use cookies on our website to give you the most relevant experience by remembering your preferences and repeat visits. By clicking “Accept”, you consent to the use of ALL the cookies.
Cookie settingsACCEPT
Manage consent